Prime Minister Imran Khan is scheduled to lay the foundation stone of the university on Sunday. 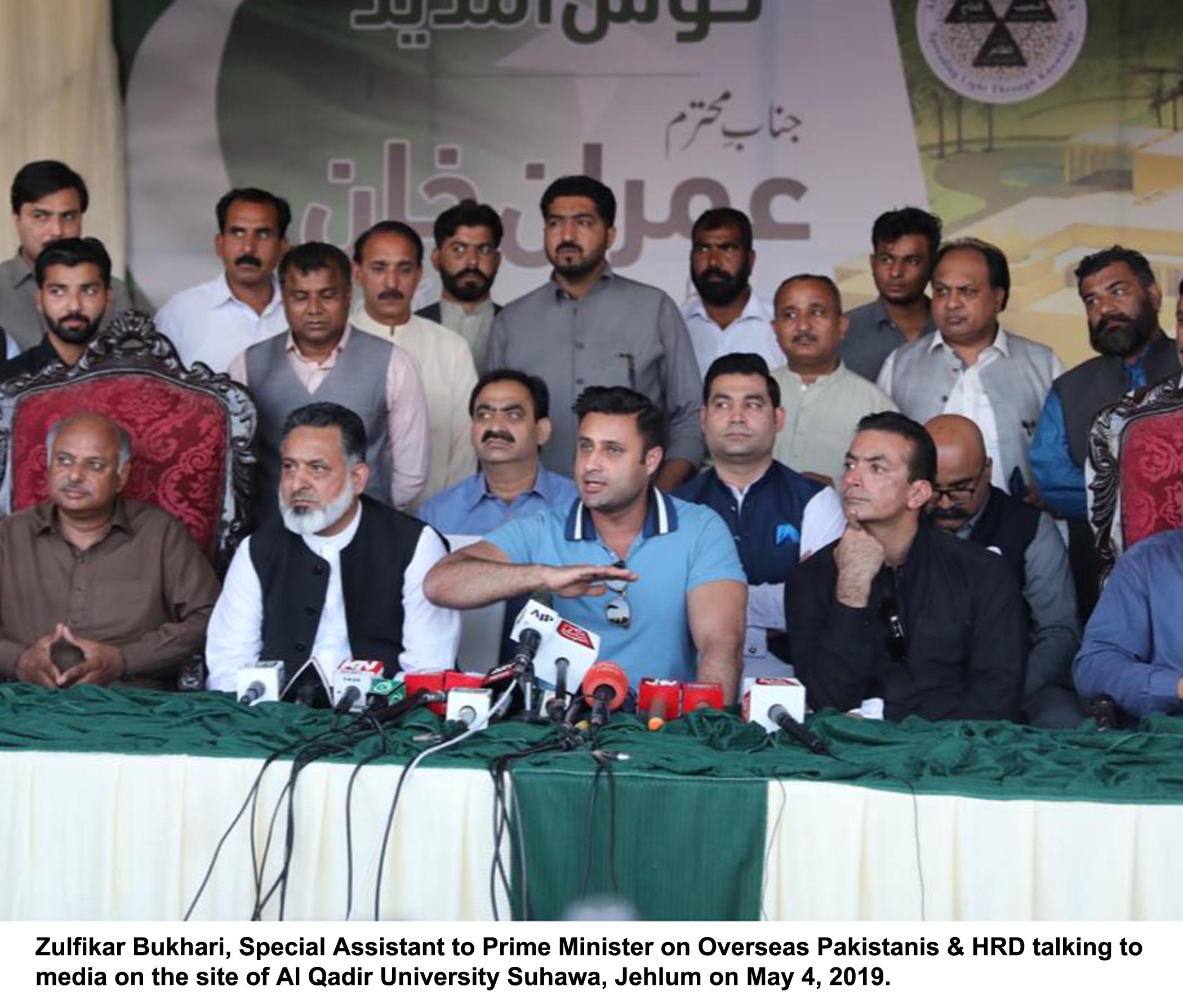 Speaking at the site of university, the PM’s special assistant said the Al-Qadir University would give both Islamic and scientific education to the students and help them become morally, intellectually and spiritually accomplished persons.

He said the concept of setting up the Al-Qadir University was to realize the prime minister’s dream of providing equal opportunities of education to the youth.

Prime Minister Imran Khan had a vision to transform Pakistan into a welfare state on the pattern of State of Madina and establishing such institutions to impart Islamic teachings to the youth showed his commitment in that regard.

Bukhari said besides contemporary studies of religions with emphasis on Sufism in order to revive the Islamic research culture among the youth, the university would also have focus on science and technology.

He said no university existed between Gujrat and Rawalpindi and therefore, Sohawa had been selected to establish Al-Qadir University to cater to the educational needs of area youth.

Afghan Taliban say talks with US on peace deal over: report

Afghan Taliban say talks with US on peace deal over: report