After the inauguration of Kartarpur Corridor, Pakistani celebrities praised the government for spreading peace and prosperity through the historic move.

Many stars took to Twitter to express their emotions over the Kartarpur Corridor’s opening.

Armeena Khan congratulated Pakistan for taking the road to tolerance and respect.

Two different nations and two different stories. You decide! (Abusive comments will be blocked and reported so don’t bother) #KartarpurCorridor Congratulations Pakistan for taking the road to tolerance and respect today. I am feeling really good today. #peaceistheway

3,788 people are talking about this

Mahira Khan took to Twitter and said that this is the Iqbal’s Pakistan and let there be love and respect for all.

Feeling so proud of my

as we open the #KartarpurCorridor Let there be peace, tolerance, love and respect for all. @ImranKhanPTI Respect! This is Iqbal’s Pakistan

2,660 people are talking about this

Mawra Hocane expressed to open many corridors like Kartarpur for peace and prosperity.

To many more corridors of peace & prosperity inshAllah

775 people are talking about this

Legendary pacer Shoaib Akhtar welcomed the Sikh brethren to Pakistan and said that Kartarpur Corridor is a road to peace and religious harmony.

I welcome the Sikh brethren to Pakistan. #KartarpurCorridor is a road to peace & religious harmony. Beautiful scenes at the opening of corridor. I can see the priceless happiness on the faces. Special contribution of @ImranKhanPTI & @sherryontopp is highly appreciated. 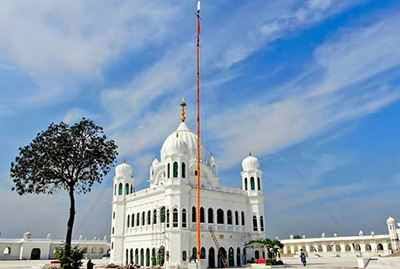 1,313 people are talking about this

Momina Mustehsan thanked Mr Prime Minister for leading with so much compassion and empathy.

Mr Prime Minister, thank you for leading with so much compassion and empathy. We as a nation are proud of looking up to you as our leader and a beacon of peace in the region. @ImranKhanPTI #PakistanOpensKartarpur #KartarpurCorridorForPeace

1,347 people are talking about this

Prime Minister Imran Khan has inaugurated the historic Kartarpur Corridor which will facilitate the entry of Sikh community to visit Gurdawara Darbar Sahib in Narowal District.