At least one person was killed after Russia’s only aircraft carrier, Admiral Kuznetsov, caught fire on Thursday morning during repair work in Russia’s Arctic Sea port of Murmansk, according to Russian state news agencies.

Footage of the fire onboard aircraft carrier Admiral Kuznestov shows black smoke rising above the decks of the ship.According 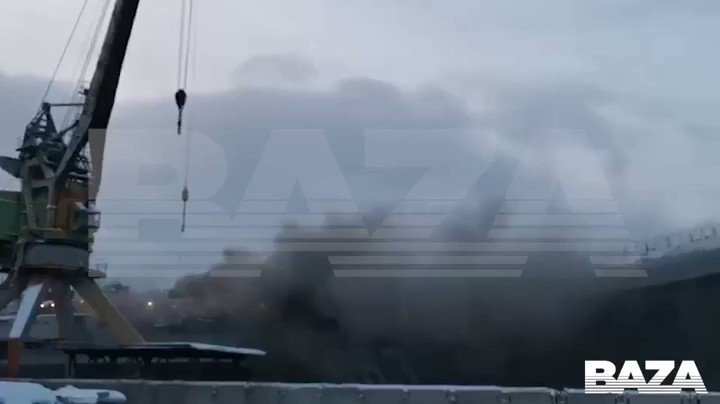 The fire broke out as welders were working during maintenance in the first power unit. A thick plume of black smoke was seen from the upper deck.
The area affected by smoke and fire covers 120 square meters (1,292 square feet), TASS said.
Admiral Kuznetsov, a ski-jump type aircraft carrier, is the Russian navy’s largest warship and its sole aircraft carrier.
The warship made its first combat deployment in 2016, in the Mediterranean Sea, when its fighter jets delivered strikes in Syria.
But the carrier has had problems since its return to Russia for maintenance. 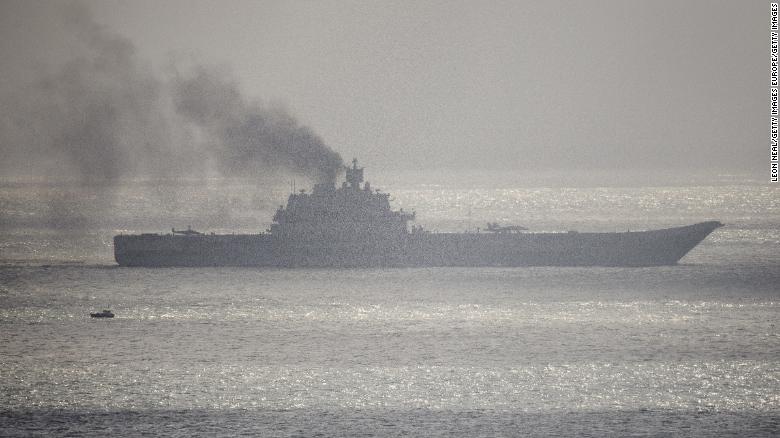 Admiral Kuznetsov passes through the English Channel in October 2016 on its way to the Mediterranean.
Last October, a crane fell on it during the repair work, gouging a hole in its deck.
The accident took place after a power supply disruption caused the pumps on the floating dry dock, which was holding the aircraft carrier, to break down, causing the structure to sink.
The dock, known as PD-50, was one of the world’s largest floating dry docks and the biggest in Russia, measuring 330 meters long (1,082 feet) and weighing more than 80,000 tons.
Following the disruption, PD-50 quickly became submerged, causing two cranes to fall onto the deck of the Russian vessel, leaving a hole measuring 4 meters by 5 meters (13 feet by 16.4 feet), state-run media Sputnik said.
After that accident, Russian officials told state media the damage would not delay repairs on the Admiral Kuznetsov, which were due to be completed by 2021.
The Kuznetsov accident is at least the second deadly fire for Russia’s navy this year.
In July, a fire aboard a Russian deepwater submersible killed 14 crew. The submariners died from smoke inhalation after a blaze broke out on the craft, which was carrying out research in Russian territorial waters, according to TASS.
Russia later said details of that accident were a “state secret” and released no further information.